Cochlear implants can cause vertigo

Cochlear implants can cause vertigo. 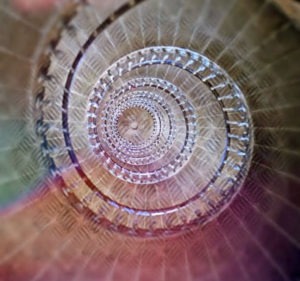 It was further demonstrated by Hensel et al in 2018 that a linear increase in post cochlear implanted vertigo occurred with age.

The lower risk of 9,3% found in this more recent meta- analysis may be explained on the basis that implant electrode design and surgical technique have become more refined. To be unaware of the possibility and risk of vertigo and not discuss it with a patient would equite to sub standard care.

The vertigo can have an acute or delayed onset. It can be temporary or permanent. It can be related to the surgery or to the device itself. In many cases however vertigo may be unrelated.

Cochlear implantation and the vestibular system.

The vestibular and hearing apparatus of the inner ear is intimidly related. It shares a common location in the bony labyrinth. It also shares a common embryological development, occuring simultaneously and as a unit. The vestibular organs and the cochlea share a common nerve, the vestibulocochlear nerve that relays the sensory information to the brain. It is therefore extremely common that conditions that effect the hearing also efects the vestibular function. Genetic conditions are likely to invole both and congenital infections will cause injury to both. Many of the aquired forms of hearing loss after birth will be accompanied by a vestibular loss. Unfortunately, vestibular loss is not always detected as it may be greatly compensated for by other systems such as vison and the somatosensory system.

Vestibular support is the comprehensive, mutidisciplinary management of patients with vestibular problems. It includes the assessment of the vestibular system, even in the asymptomatic patient. It is done in tandem with the hearing loss and its findings is incorporated in the decision whether a cochlear implant is indicated in a patient. Vestibular complaints may include dizziness, vertigo and disequilibrium and may present before or after implantation. It can be managed effectively.

Vertigo is not a condition, it is a symptom. It is the sensation that you, or the environment around you inappropriately moves. Spinning or rotational vertigo is often the result of a vestibular disorder. Vertigo may either present as discrete attacks or spells or it may manifest as a permanent or chronic disorder. Vertigo commonly occurs after cochlear implantation surgery but is usually short lasting and temporary. In some cases, the vertigo may be due to the aggravation of a pre-existing vestibular disorder. I some cases it may persist after surgery and it is even less common to occur for some time after implantation. The following may be reasons for dizziness after a CI:

• Serous labyrinthitis is common, usually temporary and occurs due to inflammation caused by the surgery.
• Insertional damage to the inner ear with electrodes puncturing the membrane between the scala tympani and vestibuli. This can be greatly avoided by using specific electrode designs and tend to occur with in pre-curved electrodes.
• Perilymph leak occuring around the implanted electrode where it enters the cochlea.
• Inappropriate electrical stimulation of the saccule
• Secondary endolymphatic hydrops due to trauma
• Sympathetic inner ear damage
• Benign paroxysmal positional vertigo (BPPV)

Vestibular assessments in patients with a CI.

A vestibular assessment includes a comprehensive history and a clinical examination which will indicate whether diagnostic testing is warranted. In patients without symptoms and before cochlear implanttion the aim would be to establish the baseline fubnction of the vestibular system. In patients with symptoms test may help to indicate place of lesion. The vestibular assessment includes a battery of tests, including, videonystagmography (VNG), video head impulse testing (vHIT), cervical and ocular vestibular evoked myogenic potentials (cVEMP/oVEMP), electrocochleography (ECochG), computerized dynamic posturography (CDP), dynamic visual acuity (DVA), gaze stabilization testing (GST), and rotatory chair testing. Imaging may be necessary and x-rays and computed tomography (CT) scans can be performed without concern. Magnetic rersonance imaging (MRI) is a problem after implantation and needs specific consideration before it is performed. The new MED-El cochlear implant system can withstand a 3.0 Tesla MRI machine.The new MED-El cochlear implant system can withstand a 3.0 Tesla MRI machine. In some patient’s blood tests may be indicated.

The treatment depends on the specific condition. Post implant patients who suffer with dizziness will be managed with emphasises on the specific pathology that is assocaited with the procedure and device. Patients who suffer from vestibular attacks due to other pathological conditions of the vestibular system may benefit from maneuvers, medical therapy or surgery. Such conditions include Meniere’s disease, endolymphatic hydrops, vestibular neuritis, BPPV, vestibular migraine and perilymph fistula. Patients with loss of vestibular function or a weak vestibular organ may benefit from balance and vestibular rehabilitation. Depending on the exact deficit a rehabilitation program may focus on habituation, substitution or a combination thereof.