The autonomic nervous system is part of the nervous system and functions mostly on a subconscious level. It consist of the sympathetic and parasympathetic systems which controls vital body functions such as blood pressure, heart rate, sweating and temperature control. Faulty regulation (dysautonomia) may lead to autonomic symptoms. This may include dizziness, vertigo and imbalance. There is often a previous episode of syncopy (fainting). 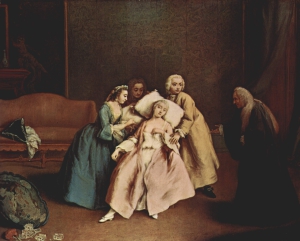 The incidence of autonomic dysfunction is unknown. Up to 5% of patients presenting with vertigo may suffer from autonomic dysfunction. Females are more commonly affected. Many of these patients may present with orthostatic hypotension (low blood pressure). Orthostatic hypotension manifests as lightheadedness, dizziness and even vertigo when getting up from the seated or supine position.

One of the proposed mechanisms for autonomic vertigo is the asymetric sympathetic influence on the vertebral arteries and the smaller arteries supplying the inner ear. This may impair blood flow to the inner ear on one side only. It has been proposed as a mechanism for Menière’s disease where stress causes reduced sympathetic nervous system function.

Other causes of dysautonomia include heart valve lesions, certain medication, the elderly, loss of fluid, low salt intake and excessive heat. Diabetes should be ruled out. Neurological conditions such as Parkinson’s disease, multiple system atrophy and neuropathies can all cause autonomic dizziness.

Testing for dysautonomia may include blood pressure testing in the supine and seated position, ultrasound of the heart, hyperventilation testing and Valsalva testing. In some cases 24 ambulatory monitoring of heart rhythm and blood pressure are required. The Tilt test can be performed to establish how effectively the autonomic system can compensate for changes in body posture.

Many of the causes of autonomic dizziness can successfully be managed. One example of this is to re access and optimize the medication taken by the elderly patient.