What is vestibular migraine?

However, the two symptoms may be linked and migraine which is a common cause of headache may also cause dizziness. In these patients the term migraine-associated vertigo (MAV) may be used. MAV is a term used in a broader sense for a group of conditions, of which vestibular migraine is one.

Vestibular migraine or MAV is one of the most common cause of dizziness, verigo and balance impairment. 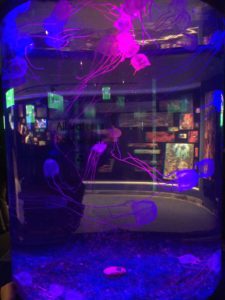 Visual sensitivity for bright lights and movement in vestibular migraine

How common is vestibular migraine and migraine-associated vertigo (MAV) in the general population?

Who suffers from vestibular migraine and migraine-associated vertigo (MAV) and why?

Migraine is likely a polygenetic condition but where many genes contribute a little risk. It is much more common in females and more so in middle aged individuals. Female hormonal fluctuation or therapy, lack of exercise, poor sleeping patterns and stress can all contribute to the development of MAV. It is commonly accepted that there are most often dietary triggers and it is worthwhile to try and eliminate them as far as possible. Migraine prevention diets and dietary advise is freely available on the internet.

How does vertigo occur in migraine?

There are a few theories namely:

How do we define migraine associated vertigo (MAV)?

There is no blood test or scan available to confirm the diagnosis. MAV is therefore a clinical diagnosis. I find it very logical and practical to define it as simplistically done by Dr TC Hain, neurologist, based on his extensive experience in managing thousands of patients.

Symptoms can be episodic or chronic, lasting basically any time. The following symptoms are common in patients:

Headache is not required to make the diagnosis of migraine associated vertigo (MAV)!

Migraine with and without aura are the most common forms of migraine and also the most common types that may present with vertigo. Benign recurrent vertigo of adults (BRV), basilar migraine, benign paroxysmal vertigo of childhood, cyclic vomiting and familial syndromes such as familial episodic ataxia are less common.

The management of vestibular migraine and migraine associated vertigo (MAV)

There is no diagnostic test available to confirm vestibular migraine and MAV. Nystagmus may be observed but the neur-otological examination is often normal. A magnetic resonance imaging (MRI) may be ordered to rule out other pathology.

Avoidance of dietery triggers are extremely important and a “migraine diet” should be part of any migraine management plan.

Medical treatment include supplements such as magnesium, prophylactic drugs to prevent attacks and to control chronic symptoms and drugs prescribed to treat acute symptoms (abortative drugs). In some cases combinations of drugs will have to be used. Botulinum toxin injection may also be of value