MRI follow up after surgical removal of vestibular schwannoma

MRI follow up after surgical removal of vestibular schwannoma 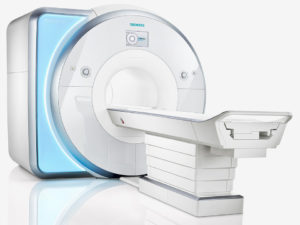 It is a legitimate question for patients to ask when, how often and for how long they should go for MRI after surgical removal. It is also important for the medical team to know when to order follow up MRI after surgical removal in order to diagnose possible recurrence early on. Especially after surgical removal of larger tumours patients often have no hearing or inner ear balance function left as to act as parameters where change may indicate recurrence. Other neurological symptom and symptoms of increased intracranial pressure often appear late when substantial growth may have taken place in a previously operated tumour.

It has been shown in the literature that the recurrence rate after surgical removal is generally low. Obviously it depends on the size of the tumour and the amount that is removed during surgery of how high that risk is. There are currently not a lot written on this subject and no universally accepted protocol exist for the MRI follow up after surgical removal of vestibular schwannoma.

A MRI is an expensive examination and should be performed as little as possible to balance the cost against the actual rate of a positive finding of recurrence. In our unit we currently rely on work performed and published by Carlson and coworkers. They propose a surveillance protocol depending on the completeness of tumour removal, the appearance of the surgical field at the first baseline follow –up MRI at 6 months after the surgery and on any suspected symptoms. Follow up should continue for 15 years since in a small percentage may recur late.

In our unit we generally follow the same principles but may opt for one more MRI, depending on the case, 12 months after the first baseline MRI. Kindly contact us for any information.