What is ski sickness?

Ski sickness, or Häusler’s disease, is a distressing potentially harmful disorder that occurs amongst skiers. It is more common than is appreciated. It occurs in up to 10% of skiers. Ski sickness is a form of motion sickness and was first described by my friend of many years, Prof Rudolf Häusler, from the ear-, nose- and throat department of the University of Bern, Switzerland. Häusler himself suffered from this disorder. 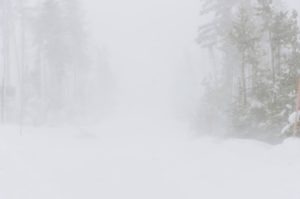 Why is it important to know about ski sickness?

South Africans have fallen in love with the idea of skiing holidays. Especially over the months of January and February many South Africans visit ski resorts in the Northern hemisphere. Europe is a popular destination. Due to the warm winter weather in South Africa and the lack of snow the majority of South Africans cannot ski and is not use to snow. It is therefore important for travellers to be aware of ski sickness when planning a skiing holiday.

Ski sickness is a form of motion sickness. Some people experience motion sickness when travelling by car, train, ship or airplane. Interestingly to note is that Napoleon could never conquer Africa. One of the reasons being the severe motion sickness experienced by his soldiers on camelback in the desert of North Africa. Anyone can develop Ski sickness, but it is more common in patients who suffer from motion sickness. The symptoms include lightheadedness, dizziness, headache, nausea and even vomiting. Dizziness may lead to loss of balance or disequilibrium that can result in falling and injuries. In many instances’ skiers may believe that the symptoms are due to something they ate or perhaps consuming too much alcohol the previous night. Although this may contribute and even aggravate symptoms, skiing sickness appears in many patients without having consumed any alcohol or a recent meal.

When does ski sickness occur?

Ski sickness occurs especially on foggy and misty days (white days) when visibility is poor and when contours and the surroundings cannot be appreciated. It occurs during down slope skiing, but may occur even when stationary as in the case of Häusler, who fell and felt nauseated when attempting to initiate a turn.

The mechanism of ski sickness.

The stability of vision, balance and spatial orientation is controlled by the input of mainly 3 sensory systems:

During foggy and misty conditions, the visual input is reduced. Tightness of ski boots, cold and reduced sensation from the feet impair the proprioceptive information from the lower limbs. In these circumstances a lot of  functional weight is placed on the vestibular organ of the inner ears. The rapid change in atmospheric pressure from low to high may negatively affect the vestibular organs. Sensory conflict with rapid turning and swaying, coupled with fast forward motion may lead to sensory conflict and “over stimulation” of the vestibular organs. As mentioned before alcohol reduces the function of the vestibular organ, adding insult to injury. Fear of falling and of heights and the accompanying anxiety become the proverbial straw that breaks the camel’s back.

Treatment and avoidance of ski sickness.

It is important to be aware of this condition. If it occurs stop skiing immediately and remove the skis. Skiing should be aborted for the rest of the day. Avoid skiing during poor visibility and study local weather forecast before an outing to the slopes. Avoid liquid meals and alcohol before or during skiing. In some cases, anti-motion sickness drugs may be of benefit to prevent symptoms, but care should be taken as many of these drugs lead to sleepiness and loss of concentration.